Taste the Harvest is a ticketed community event that highlights and promotes our local food economy, from farm to table. It is part of a larger strategy to build a local food brand for the region that benefits restaurants, the hospitality industry, food producers, and value-added food producers for decades to come. Join us for a multiple-course collaborative dining experience with locally sourced ingredients prepared and served to you by our local chefs. 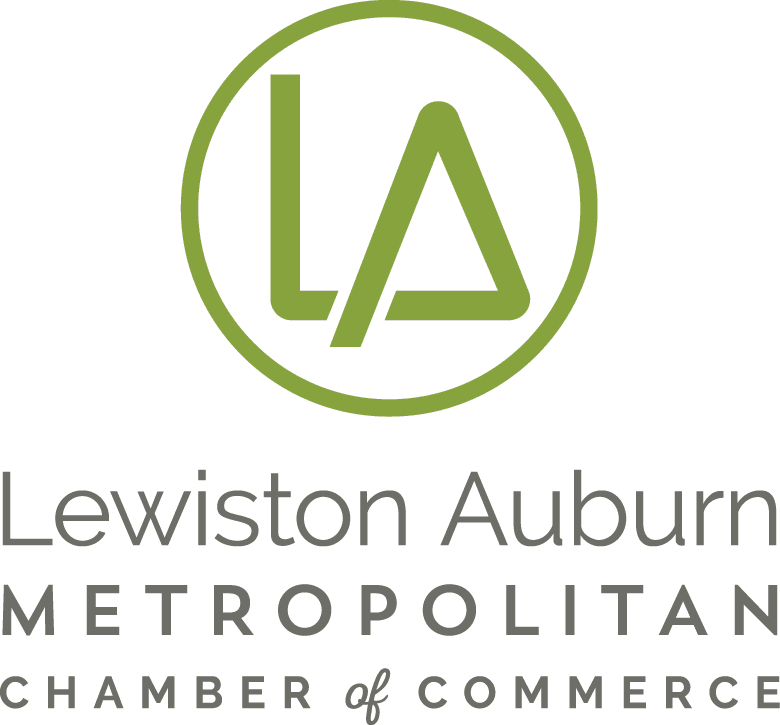 THE GEMS OF Route 26 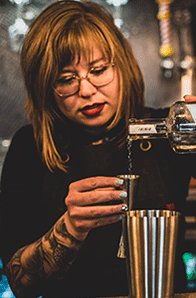 The food and dining scene in LA reflects the long history and diverse cultures of the area. Start your day with a wood-fired sourdough bagel from Forage Market, named “America’s Best Bagel” by Saveur Magazine. Just a block away you can visit Heritage Restaurant, an African restaurant that serves ... 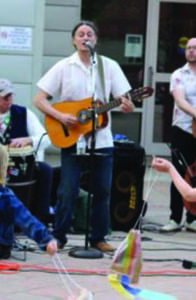 Lewiston and Auburn are embracing public art to promote cultural, aesthetic, and economic vitality. From crosswalks with pavement murals for pedestrian safety and neighborhood identity, to commissioning significant works by Maine
sculptors at major gateways, local public art expresses pride and quality of life for both residents and visitors... 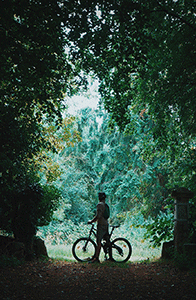 The Outdoors the region offers trails that weave through the city, with views of skylines and access to dining, as well as short jaunts to trail heads for paddlers, serious hikers, and explorers. 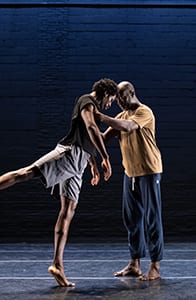 Professional theatre, music, and dance organizations have made a home in the community, Bates College continues to integrate its offerings into the fabric of the cities, delightful public art is popping up on every corner, and new restaurants and shops pepper the streets of the downtown... 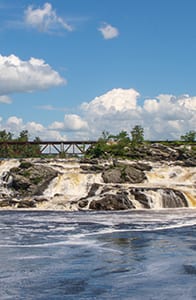 Spotlight On
THE RIVER

The Great Falls is at the heart of Lewiston and Auburn on the mighty Androscoggin River, and is a sight to see during the Spring runoff. Other river activities include white water kayaking at Dressers Rips, Crew Regattas, and great riverside fishing along the water’s edge. 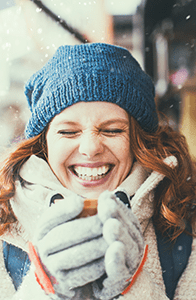 If you’re flying to the region, consider a chartered flight to the Auburn Lewiston Airport, or head to Portland Jetport (PWM) and rent a car for your 30-minute drive. Major routes into Maine include I-95 from Boston (2.5 hours) and Route 1 along the coast... 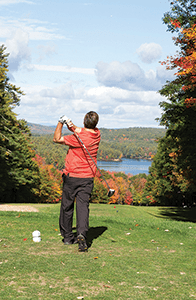 Part of the scenic Poland Spring Resort, this course offers a driving range, velvet bent grass greens, lessons, and tees for all abilities. 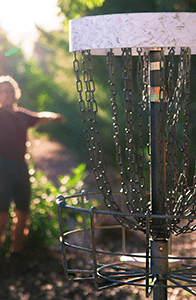 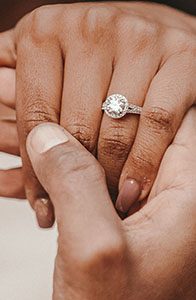 Whether you and your sweetheart are looking to exchange vows in the heart of an urban downtown, amidst the rustic vibes of vintage barn décor in rolling fields, overlooking the Great Falls in the heart of the city, or in the historic craftsmanship of a church, our region has you covered. 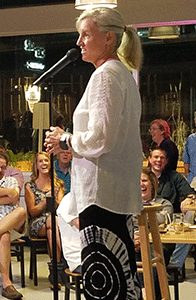 Ten years ago, the Lewiston Auburn comedy scene was non-existent. Today, the Twin Cities are not only the comedy hub of Maine, they’re also a breeding ground for the local scene. Home to a plethora of weekly and monthly shows in venues ranging from craft breweries to historic churches, you can stop in and find a variety of local comedians sharing the stage with regional favorites from Boston and beyond. 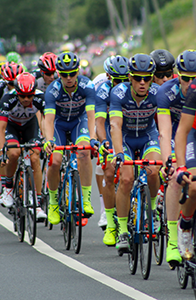 The communities of Lewiston and Auburn host several events each year that embed the values of health and wellness into the culture of the region. These competitive events are family-friendly, welcome all skill levels, and leverage the outdoor assets of the area. People across the region rally their teams, train, register, and race for fun, cash, and a purpose.

Check out one of these events 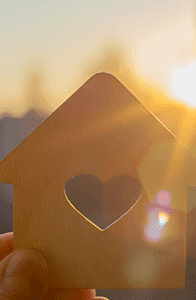 Peruse housing opportunities in our communities 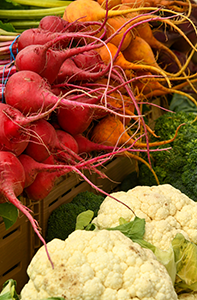 What makes a vibrant regional local food culture? A central location within the state that houses and connects farms and food producers to thriving markets. A longstanding agricultural history with farming heritage, passion... 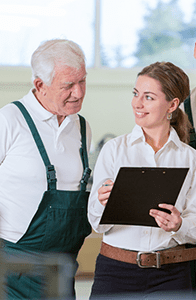 The region’s top industries employ roughly 25% of the overall workforce, from creative and advertising positions, executives to skilled labor, and all stages of career growth in between... 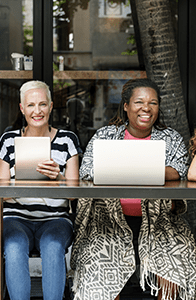 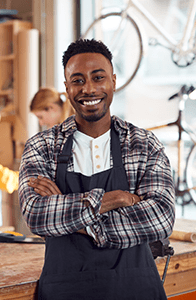 Starting a Business In The Region

The region is home to a strong ecosystem of support for entrepreneurs and business startups. The cities of Auburn and Lewiston each have robust economic development teams with friendly people who... 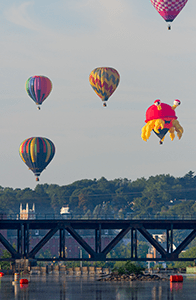 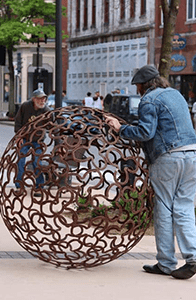 Art Walk LA celebrates the Lewiston Auburn arts scene and community, bringing art, crafts, and live entertainment to more than 20 venues and outdoor spaces in downtown LA on each final Friday in May through September. The event draws 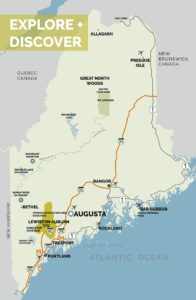 The Lewiston Auburn Metropolitan region stretches across Androscoggin County’s 16 communities. Through the center of the county, and joining the cities of Lewiston and Auburn, runs the Androscoggin River. As the second largest metropolitan area in Maine, more than... 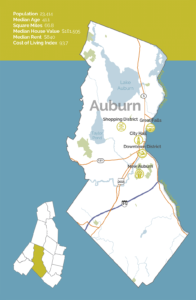 Situated on the west side of the Androscoggin River, more than 40% of Auburn’s land is agricultural. Auburn offers the best of both worlds, with a walkable downtown district close to hotels, breweries, and restaurants... 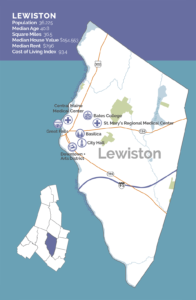 Lewiston is Maine’s second largest city, running east of the Androscoggin River. Home to historic mills that tell its legacy of hard work and immigration through the generations, the downtown district is... 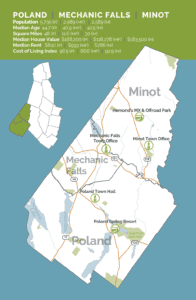 In Western Androscoggin County, 10 miles from LA, you will find the trio of towns Poland, Mechanic Falls, and Minot. These small towns share a regional school district amid rolling hills and rural farm lands 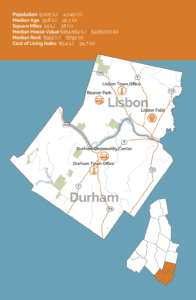 Each summer, Lisbon hosts concerts in the park, where a small bridge over the falls will connect you to Durham. This quiet, rural town of open fields and green forests remains a place where time slows down and life is less hurried.

More on the Area 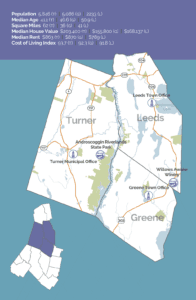 Turner is a growing, family-oriented community just north of the metro region with a distinct sense of place. Bordered by Greene and Leeds, small rural communities to the east, the three towns comprise School District 52. The region has great recreation fields for youth sports and a public library... 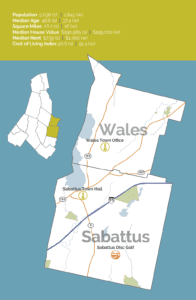 Wales and Sabattus are two towns north of the LA region, both acting as quiet, residential communities for employees in LA and Augusta. If quiet backroads and short commutes are the lifestyle you seek, these are the towns for you. 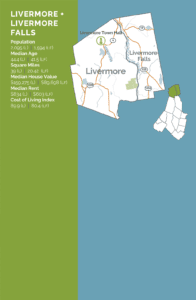